The treacert command determines the path to a destination by sending ICMPv6 or echo request messages from the Internet Control Message Protocol (ICMP) to the destination with an incremental increment of the Lifetime (TTL) field values. The displayed route is the list of near / side router interfaces of routers on the path between a source host and a destination. The near / side interface is the interface of the router closest to the sending host on the route. Used without parameters, tracert displays help.

Displays Help at the command prompt.

Tracert is a diagnostic tool that determines the route to a destination by sending ICMP echo request messages with different lifetime values ​​(TTL) to the destination. Each router along the route must reduce the TTL on an IP packet by at least 1 before forwarding it. Effectively, TTL is a maximum link counter. When the packet TTL reaches 0, the router is expected to return an ICMP Time Exceeded Time message to the source computer.

Tracert determines the route by sending the first Echo Request message with a TTL of 1 and incrementing the TTL by 1 on each subsequent transmission until the target responds or the maximum number of hops is reached. The maximum number of hops is 30 by default and can be specified using the -h parameter. The path is determined by examining the ICMP expiration messages returned by the intermediate routers and the echo response message returned by the destination. However, some routers do not return expiration messages for packets with expired TTL values ​​and are invisible for the tracert command. In this case, a row of asterisks is displayed

To track a route and provide network latency and packet loss for each router and connection in the route, use the route command.

This command is only available if the Internet Protocol (TCP / IP) is installed as a component in the properties of a network adapter under Network Connections.

and prevent the resolution of each IP address in your name, being 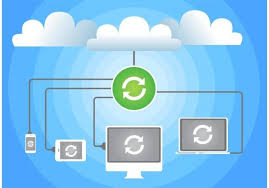