Faced with the dilemma that exists between use an antivirus on Android and keep Google’s protection measures, a number of questions have been raised by users. Many of them focus on the need to download applications, to protect the operation of the mobile against possible threats. However, those applications or antiviruses are not likely to guarantee the security of the entire operating system.

Although Android has some vulnerabilities that need to be considered, very few malware have attacked the system. This is due to the security that Google has implemented. Therefore, in this post, you will find out if you need to use an antivirus on AndroidYou will also know the alternatives to protect your security and keep your device safe from any threat.

Why is antivirus additional protection?

Android is one of the operating systems with the most users around the world, which is why it has become the target of cyber attacks. Although new threats to the system arise from time to time, it is unusual for malware to be identified frequent. Despite this, you will have the option of download an antivirus as an additional application, but not as a necessary use. Because Android has its own security system. 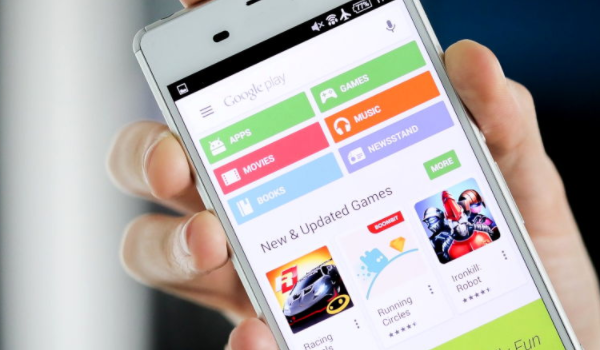 However, one of the main causes Android devices are infected, due to the search for modified versions of applications in APK format. Because packages that correspond to the applications you install may be corrupted. Using this format, Google Play Protect will not analyze applications. For this reason, it is important to emphasize that this protection system checks any application before installation.

For this reason, you do not need to download an antivirus on Android mobile phones. Because Google has a security system, whose function is to warn about applications from harmful sources. In addition to their automatic analysis. Even if Google Play Protect is enabled by default, you will have the option to disable its functions. However, for security reasons, it is recommended that you do not do this.

If after reading the above and for security reasons, you consider that you should use a mobile antivirus. In the list you will see below, you will be able to choose between the best antivirus for android. Which you can download for free from the Play Store.

One of the most popular antivirus users, due to its additional functions, is Kaspersky Mobile. It has a password manager and access to an encrypted browser. It also offers a complete and customized analysis of both files and applications. Even you can enable anti-theft options. To get the app, you need to access Play Store or you can get it from here.

As you have heard, downloading Avast Antivirus is a great option to protect your Android device. It is also about one of the most popular antiviruses actually. With this you can turn on the mobile location feature from the web, as well as various analysis options. However, one of the disadvantages of this application is that it displays alert notifications even when the device is asleep.

Unlike other antivirus applications, ESET Mobile Security provides detailed information at the time of initiating any analysis or blocking. Before any application update, this tool activates its functions automatically. Also provides a report on the WiFi network, notifying the user about the devices connected to it. Download the app on Android and enjoy the features that ESET Mobile Security has for you.

Another alternative to downloading an antivirus for Android is Avira Security. It offers the user a wide selection of easy-to-use and tools provides a complete real-time analysis. However, constant alert notifications may appear on your mobile. Thus, you must configure the functions beforehand from this application. Enter the link if you want to download Avira Security on Android.

Using an antivirus on Android acts as an additional protection application on your mobile. Despite this, you need to keep in mind that maintaining the functionality of your device depends on its proper use. For this reason, some recommendations for maintaining the status of the mobile phone:

As explained above, it is not necessary to use an antivirus on Android. However, in the event of a threat, you will have the option to accept Google security updates. Although the antivirus may work to protect your device, works as additional applications.