The acronym SDK stands for «Software Development Kit». Such that, Android SDK is the name toolbox Officials of this operating system for application development. These resources are used by developers in an environment created specifically for this activity, called Android Studio. In the following lines, you will learn about the installation and use of the mentioned software.

Using the Android SDK, you may have one advanced device control to perform various actions on it through the computer. Although it is commonly used for application development, it can also be useful for other things that the Android user wants to do, either with little knowledge or with someone more advanced in this subject. This guide will mention the different uses and explain the installation process.

What is it for 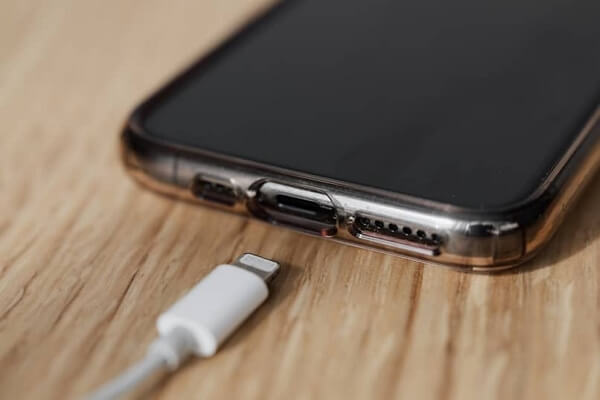 As mentioned, SDK tools are very useful for Android users, both for those with basic knowledge and for those who are more advanced. Some of these utilities are listed below:

The main use of the Android SDK is application development for this operating system. This is a complete set of tools that, used in the Android Studio environment, facilitates the creation of applications, as well as the evaluation and repair of their errors.

You can also use these tools for record the screen or take screenshots. This is one of the first uses that users have given to these tools. To do this, you must enable USB debugging and the ADB tool.

On the other hand, the Android SDK provides total control of the device, so virtually anything can be done according to the permissions that the user has. The most common actions are delete, rewrite and format partitions. They are also used to restart a smartphone or make detailed reviews of it from your computer.

These and other actions are performed with ADB and Fastboot tools, for which you will need to know certain commands, some of the most used are the following:

As you can see, the functions that can be performed in a simple command line are varied and these are not all the options that exist because there are many more.

The tools built into this software are also used to perform procedures such as unlock bootloader. This is necessary for those users who want to modify the system files or install another version of Android.

Something very common is that the user wants to obtain root permissions, which can change the internal configuration of the device. Users take advantage of these special permissions to update the software, to change the default system settings, among many others. ways to customize by installing ROMs.

One of the most important tools in the Android SDK is the emulator. With this you can imitate Android applications, either because you developed them, or to check if they work properly or if they have a malfunction.

Once downloaded, the process for run the file and open the installer varies by computer. In Windows it opens automatically, while in Mac you have to drag the file to the applications folder to run it and in Linux you have to look in the android-studio / bin / directory.

Installing Android Studio it is extremely intuitive. You’ll need to press the next button (or «Next» because it’s in English) most of the time, except that you want to save the program to a different location than the default. This, following the steps indicated.

The program may ask you if you want to export previous configurations. You will answer in the option that says no to start using the program from scratch and this you should do if it is your first time with Android SDK.

During setup, the software will inform you that it is necessary to unload some components, which will be displayed in a list and you will see that it is among them SDK tools. Just accept and the action will be executed automatically. Once this process is complete, you will be ready to start a new project in Android Studio.

Install the components with the SDK Manager 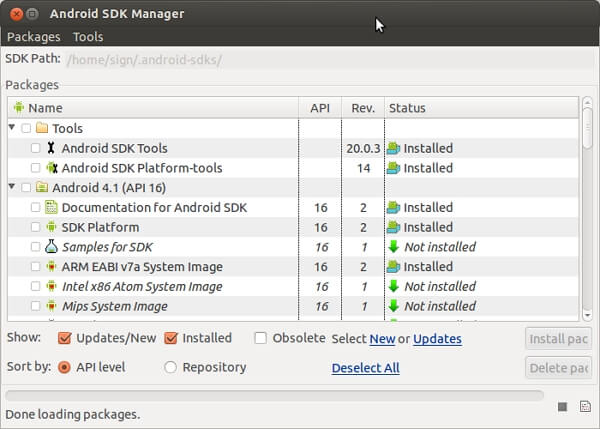 Although during the installation of Android Studio, basic SDK tools, you can install multiple components at any time, or check for updates later. To do this, click «Set«And then in»SDK Manager«With which you will enter the tool manager.

When you do this, a new window will open where it should select the programs you want to download or update. Some of the components that are recommended for updating are the following:

In this section you can also select the APIs you want to use, which are used for users who use Android Studio to create applications. Once you’ve selected everything you need, you’ll only need to accept the licenses so that all the packages listed can be downloaded and installed.

Video about using this tool:

What are the functions of the components

To understand the usefulness of the Android SDK, it is important to know the components included in this kit. Here is a brief explanation of what the basic components are for and certain relevant issues:

These plugins are downloaded by default when you install Android Studio and must be later to be updated using the SDK Manager.

This is an easy to understand guide for users who want to know what is Android SDK, how to install and what can be done with this tool. As you can see, it has many features, although the main one is creating applications. In addition, the installation process is simple, so you can do it without problems to explore this resource even more.