Reasons why you should study at one of the best universities in California:

Among the major cities found in this state are Los Angeles, the entertainment capital of the world and the second most populous city in the United States.

But without forgetting San Diego or San Francisco, the latter very close to Silicon Valley, one of the main centers of high-tech innovation in the world and which hosts some of the most innovative companies in the country.

In short, regardless of your passion, whether it’s technology, entrepreneurship, music, film or photography, there are universities in California for you.

California Institute of Technology or Caltech is a private university located in Pasadena.

Caltech, as the California Institute of Technology is known, is located in Pasadena, a 20-minute drive from downtown Los Angeles.

Caltech is considered internationally as one of the best places in the world to study science and engineering and has often been named the best university in the world.

The university was founded in 1891 by an astronomer, a physicist and a chemist.

Although it is a very small university, with just over 2,000 students in total, its professors and alumni have won 34 Nobel Prizes.

UCLA is another top university in Los Angeles, often in the top 20 in the United States.

Student athletes are known as the Bruins and are one of the most important student-sports associations in the United States, with more NCAA championships than any other university.

UCLA has dozens of notable graduates, but among the most famous are director Francis Ford Coppola, philosopher Hilary Putnam and actor Leonard Nimoy. Seven former students have won Nobel Prizes. 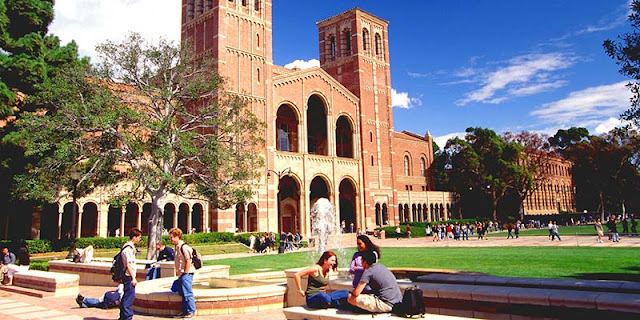 Located in downtown Los Angeles, the University of Southern California is ranked each year as one of the top 100 universities in the world.

It was the first private university in Los Angeles, opened in 1880, before the city received electric lighting, sidewalks or telephones.

Athletes from the University of Southern California have won nearly 300 Olympic medals, making the university comparable to entire countries such as Poland and the Netherlands in their Olympic success.

The University of Southern California has more Oscar-winning graduates than any other institution, including Clint Eastwood, John Wayne and Robert Zemeckis. 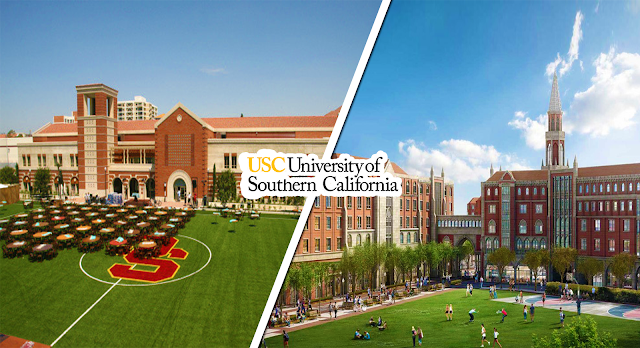 University of California San Diego (UCSD) is a public co-education university located in La Jolla, a suburb of San Diego

The University of California San Diego, also known as UC San Diego, is one of 20 the best public universities in the United States.

The University of California, San Diego is located in the La Jolla neighborhood of northern San Diego, bordered by the communities of La Jolla Shores, Torrey Pines and University City. 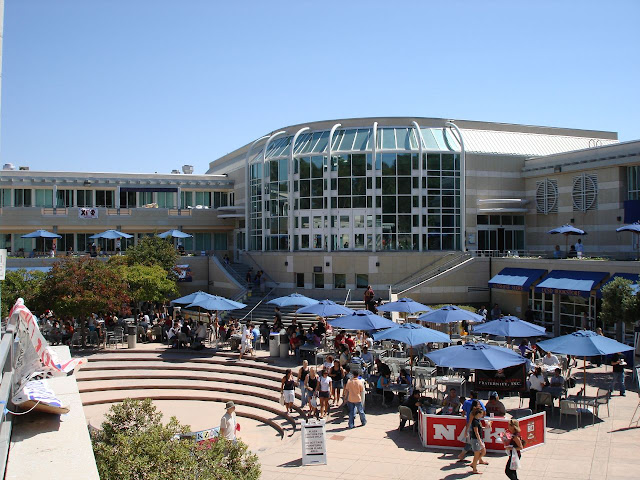 Now in its 117th year, San Diego State University boasts more than a century of achievements in education, research and services.

With an enrollment of over 35,000 students, SDSU is increasingly becoming the best choice for students, as evidenced by the record number of applications received each year.

The University of San Diego (USD) was originally established in 1949.

The main campus is located north of downtown San Diego and, thanks to its prime location, the Pacific Ocean is visible from campus.

Students here can enjoy the magnificent California weather and are ideally located for trips to other California cities, such as Los Angeles or Mexico, as they are only a short drive away. 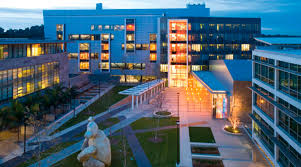 Located 50 miles south of San Francisco and 20 miles north of San Jose, Stanford University is in the heart of the dynamic Silicon Valley.

Nicknamed «Million Dollar Factory», it is said that if Stanford graduates formed their own country, it would be one of the ten strongest economies in the world.

19 Nobel Prizes have passed through Stanford in its history, making it one of the top three universities in the country each year. 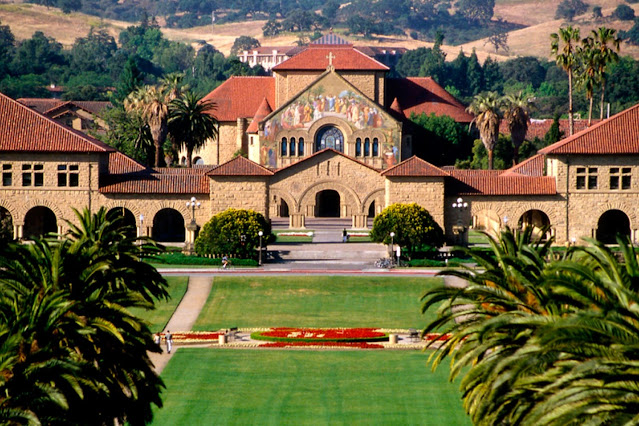 Berkeley is one of the 14 founding members of the Association of American Universities and hosts several world-renowned research institutes, such as the Institute for Research in Mathematical Sciences and the Space Science Laboratory.

USF is a private, Jesuit university with a long and distinguished history in the liberal arts and sciences, striving to educate leaders to shape a more humane and just world. 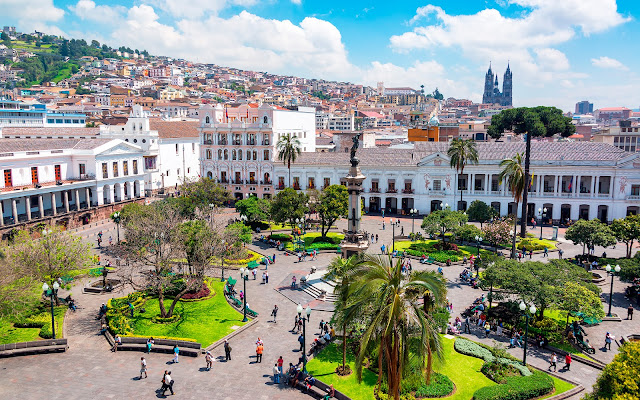 In recent years, thanks to scientific advances, Nobel Prize winners, a completely new industry of biotechnology and health policy research, UCSF has been at the forefront of the development of biomedicine and medical education in the United States.

Singularity University (SU) is a Silicon Valley corporation that offers educational programs and a business incubator.

It is not a university as such focused on teaching students the typical university courses offered at other universities, but rather focuses on scientific progress and «exponential» technologies.

If the public universities of California in Los Angeles, San Diego and San Francisco knew you a little, here I bring you 4 more universities in California that are not so close to these big cities.

Founded in 1905, UC Davis is the most academic university on the West Coast. She is known for working across disciplines to solve the world’s most pressing problems and for her commitment to artistic and cultural expression.

The Davis Campus is close to the state capital, Sacramento, and also close to world-class destinations such as the San Francisco Bay Area, Lake Tahoe and the Napa Valley.

UC Davis ranks first in the world in subjects such as veterinary science and economics and agricultural policy.

The University of California, Santa Barbara, hosts a unique campus. On the edge of the Pacific, in an environment away from urban pressures and distractions, many of the country’s most promising students join a community of academics whose achievements are internationally recognized and whose teaching skills are evident in laboratories and laboratories. every day. .

Located in one of the most beautiful and vibrant regions in Southern California, the University of California, Irvine is ranked as the 14th best public university in the United States.

The city of Irvine, ranked as one of the safest cities in the country, is located in the heart of OC (Orange County), a dynamic and fast-growing environment near the Pacific Ocean, the many attractions of theme parks and spectacular beach resorts.

OC, which is the fifth most popular county in the United States and is located between Los Angeles and San Diego, next to many world-renowned beaches, such as Laguna Beach, Huntington Beach and Newport Beach. 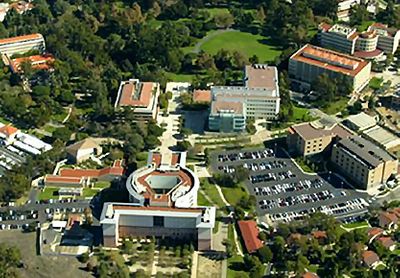 fifteen. University of the Pacific

The University of the Pacific is a private institution founded in 1851 with a picturesque campus in Stockton, California, which has been featured in more than 15 films, including «All the King’s Men,» «Porgy & Bess» and «Flubber.» .

As Stockton is located on the Delta Delta Waterway, students are close to water sports options such as jet skiing, windsurfing and sailing.

Notable graduates of the University of the Pacific include billionaire Alex Spanos, owner of the San Diego Chargers football team, and baseball agent Scott Boras, who founded the Boras Corp. sports agency.